Gottfried O. Rieck was not only enthusiastic about railways in his youth. He wanted to travel a lot – which was a reason to start a career as locomotive engineer. He dedicated his spare time and holidays to great journeys – especially to Africa. His book, which offers now the possibility to help children and adolescents on-site originated in one of those journeys.

As a loving father, it is a big concern and because of his experiences in Africa, he can estimate the families troubles on that continent.

Beside his professional career, Gottfried is happily married and father of three children.

Based on his special interest for trains and railways, Gottfried Rieck chose a career with the Austrian Federal Railways. He started as an apprentice, continued as a fireman and was then trained as an engine driver. His training and experience in the railway sector include the license as an engine driver for all Austrian steam engines as well as for 17 different electric locomotives. Based on his broad experience he proceeded to take the head-of-service examination and to serve as head of operations for 12 departments with their engineers and technical staff.

After his retirement, he used his extensive knowledge, experience and passion for trains to start-up the Majestic Imperator – Waggon Charter GesmbH – in August 1991. Majestic Imperator was dedicated to offer luxurious train voyages and related events. The company was 100% owned by the Rieck family until 2009 and was delevolped from a waggon chartering company into a fully licensed railway traffic corporation with highest level ISO 9001 certification.

Managed by Gottfried Rieck, the Austrian luxury train was an Austrian icon in the tourism sector, highly esteemed by tourism officials around the world.

By running the Majestic luxury train, Rieck and his company gained international esteem. Many journeys are still unforgotten by those who participated. Most voyages were conducted in Central Europe and therefore many European countries, cities and sights were promoted.

Besides reconstructing the luxury train itself, an international brand ‚Majestic Imperator Train de Luxe’ was established and supported by strong marketing activites. Gottfried Rieck’s lifetime achievement so far is documented in books and several documentaries. In 2013 Gottfried Rieck was awarded the Marketing Grandprix in two categories, Silver and Bronze.

Besides, he shared the 3rd place (with Coca-ColaTM) for the most creative advertisement with “die Presse”. Rieck has authored and co-authored two reference books, both of which were translated into eight different languages.

After 23 years of intensive groundwork, Gottfried Rieck terminated his activity in operations at Majestic Imperator and founded R.I.E.C.K. Railconsult. He is an internatuionally sought-after expert in railways, specialised in luxury train concepts for international railway companies. 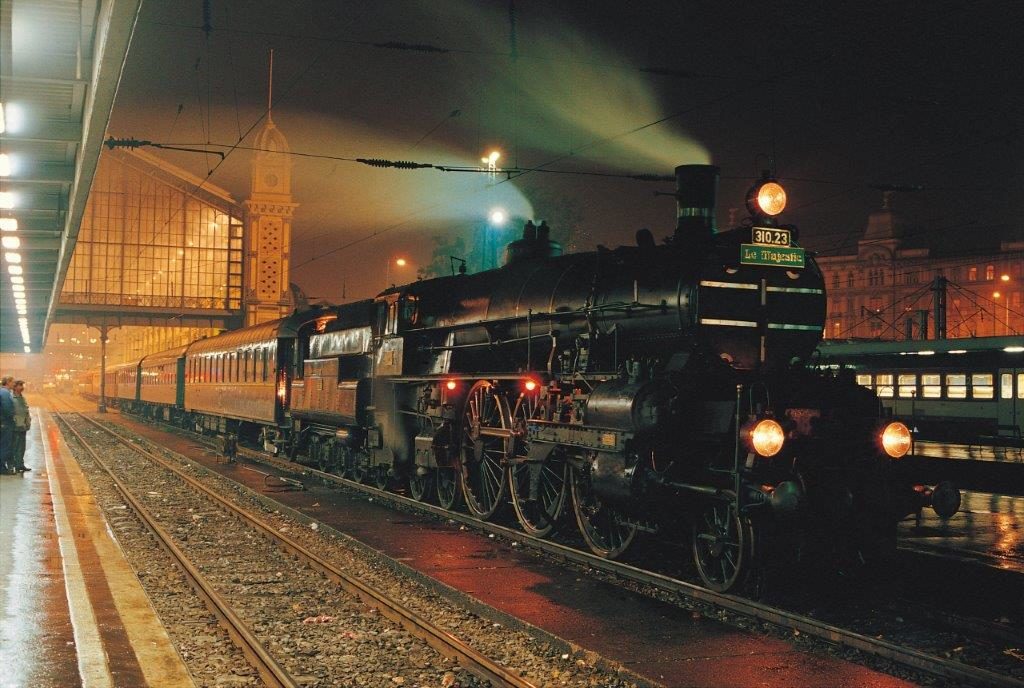